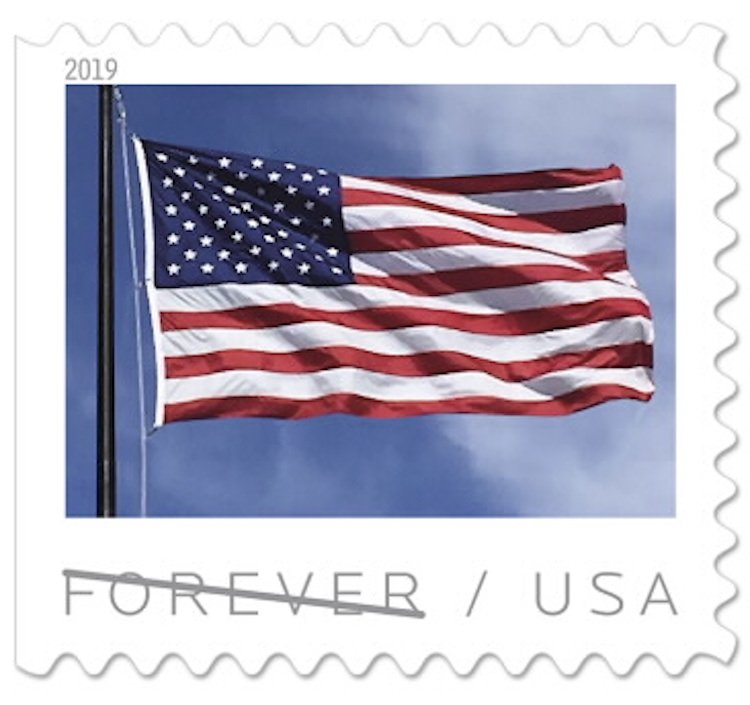 On Friday, May 10th, at 9:30 a.m., the DC Circuit court will hear oral arguments in postal watchdog Douglas Carlson’s challenge to the 5-cent increase in the price of a First Class stamp, approved by the Postal Regulatory Commission earlier this year.

You can listen to a live stream of the arguments and find an archived version of the recording here.

Here are the key documents in the case:

In recent years, January has brought Americans a celebration of a new year, thrilling National Football League playoff games, and a modest postage rate increase that roughly tracked the rate of inflation.

Everyone was talking about this year’s overtime NFL conference championship games. On January 27, 2019, however, postal customers will be discussing a topic far less pleasant.  The Postal Service is raising the price of a one-ounce, stamped, First-Class letter from 50 cents to 55 cents.

A five-cent increase in the price of a Forever stamp will be the largest increase in history for the one postage price that most Americans pay.  As a percentage, the 10-percent increase is the largest since 1991, and it is about four times the average increase since 2006.  (A history of domestic letter rates is here.)

The Postal Service is making other changes in First-Class Mail as well.  The additional-ounce price for letters and large envelopes will drop from 21 cents to 15 cents.  The Postal Service says that this decline in the additional-ounce price will help mitigate the effect of the big price increase on the first ounce.  Meanwhile, the one-ounce price for metered letters will increase from 47 cents to 50 cents, prices for presorted letters will increase by only 0.97 percent, and the price for postcards will remain 35 cents.

In its Notice of Market-Dominant Price Adjustment, the Postal Service told the Postal Regulatory Commission (PRC) that a five-cent increment “should facilitate convenience for retail customers, for whom a straightforward, understandable pricing structure is more important than it is for commercial customers, who do not rely on stamps.”

The Postal Service’s assertions defy logic and common sense and insult the intelligence of the American public.  The Consumer Price Index rose 2.4 percent.  Rounding up, a two-cent rate hike might have been in order.  However, apparently a two-cent increase would have been too complex for average customers to understand.  Not only will customers more easily grasp the concept of a five-cent increase, so the argument goes, but they also supposedly will prefer to pay 55 cents instead of 52 cents.

Last October, I filed comments with the PRC opposing this increase.  I noted that the public had never had any difficulty understanding postage prices that were not divisible by five.  Also, most customers buy stamps in quantities of 20 or 100 and pay by debit or credit card, so any notion that prices that are divisible by five are more straightforward or understandable is nonsense.  Finally, mail that pays the additional-ounce price comprises only 3.3 percent of total volume, so the decrease in this price will not mitigate the effect of the price increase.

In response to this major price increase, the PRC’s Order on Price Adjustments offered just three sentences: “Several commenters take issue with the Postal Service’s proposed pricing adjustments for First-Class Mail products — specifically Stamped Letters prices and the increased price differential between Stamped Letters and Metered Letters.  However, subject to certain limitations, most prominently the price cap, the PAEA gives the Postal Service pricing flexibility within First-Class Mail. The Postal Service has complied with the applicable statutory and regulatory requirements.”

On December 11, 2018, I filed a petition for review of the PRC’s order with the U.S. Court of Appeals for the D.C. Circuit.  I also filed a motion for expedited consideration of my appeal and a statement of the issues to be raised.

Pricing flexibility is but one of eight statutory objectives and one of 14 pricing criteria that the PRC’s regulatory system must consider.  The law also requires a fair and equitable apportionment of postal costs among users.

I will be arguing that the PRC erred by designing a system that gives the Postal Service apparently unlimited pricing flexibility within First-Class Mail and ignores the other statutory objectives and criteria, particularly in a case like this one that imposes a large price increase on the general public and gives a break to large mailers.  I also will claim that the PRC’s order is arbitrary and capricious and that the PRC’s exercise of its statutory authority was not reasonable or reasonably explained.

The appeals court currently is considering my motion for expedited consideration and has not yet established a briefing schedule.  The government shutdown delayed the PRC’s response to my motion, since the absence of government appropriations slowed the work of Department of Justice attorneys.

Once established, the briefing schedule will provide some insight into the timing of a court decision.  Eventually, we will learn whether the protest of one citizen can change the basic price to mail a letter.

UPDATES: On January 31, 2019, the court granted my motion for expedited consideration of the appeal.  Briefing will be completed by April 8, 2019.  The court ordered the clerk to “schedule this case for oral argument on the first appropriate date following the completion of briefing.”  The parties will be notified later of the oral argument date and the composition of the merits panel.

On February 22, Carlson submitted his initial brief, which you can find here.

On March 25, the PRC responded to Carlson.  The PRC brief is here.

Carlson’s brief replying to the PRC is here.

(Douglas Carlson is a self-professed postal “watchdog” who has filed numerous comments and formal complaints with the PRC, advocating in the interest of the general public for better postal rates and services.  He also has faced off with the Postal Service in federal court numerous times in Freedom of Information Act cases.  He holds a law degree from the University of California, Berkeley, and lives in San Francisco.)