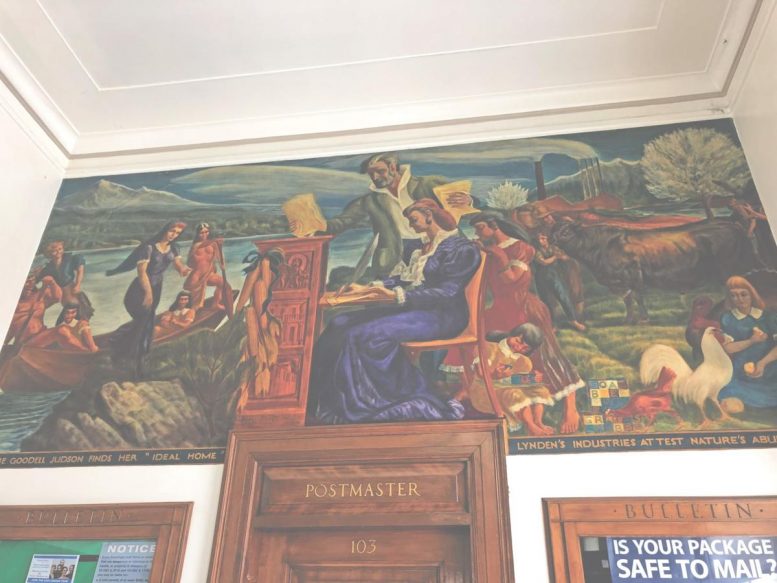 Lynden Tribune: International Saints and Abolitionists, an organization that aims to eradicate sex trafficking, has started a petition to change the mural on display in the Post Office in Lynden, Wash.

The mural, titled “Three Ages of Phoebe Goodell Judson,” was painted in 1942 by Mordi Gassner as part of a New Deal program for artists, and is his artistic depiction of the life of “Mother of Lynden” Judson.

Also featured in the painting is a topless Native American woman. Joshua and Dana Parriera, co-founder of their group, say the mural is inappropriate to have on display in a federal building.  Read more.