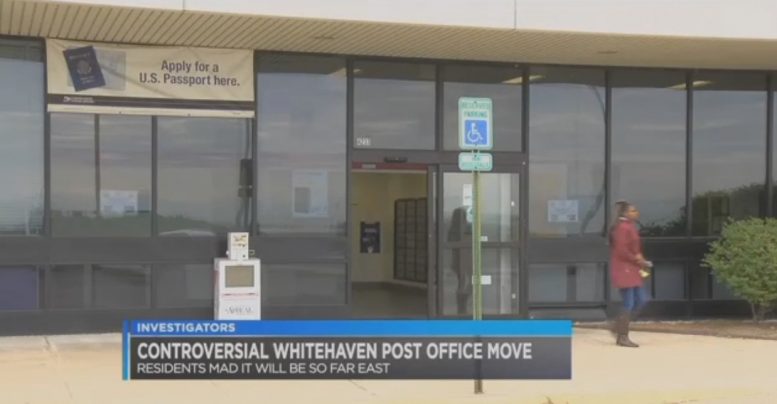 WMC Action News: Some people in the Whitehaven community in Memphis, Tenn. [a predominantly African-American community], are boiling mad about plans to close a longtime neighborhood post office.

Memphis Congressman Steve Cohen and some Memphis City Council Members are calling for the Postal Service to reconsider plans to relocate the Louis Carruthers Post Office from Whitehaven to Hacks Cross Road.

Spencer Green said he has used this post office frequently for years–sometimes several times during the week.

“The next one that I know of is kind of down Winchester, so that’s a little ways away so this way is real convenient,” Green said.