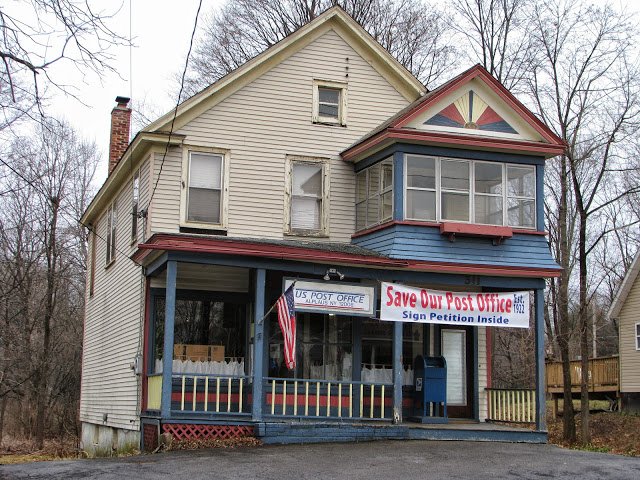 Daily Gazette News:  Alplaus didn’t lose its community identity when the post office closed nearly a decade ago, but lots of people here feared it might.

It’s a story a lot of little rural communities across the country could tell about feeling threatened by a changing world — and now lots more people will learn a little of the Alplaus story, if in fictional form. 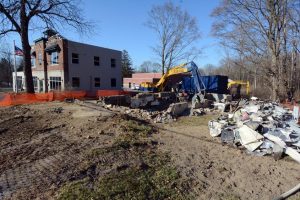 The closing of this tiny Schenectady County hamlet’s post office — a real-life story of no longer having the chance to “bump into people” over mailing packages and buying stamps — has helped inspire an independent movie that will come out on streaming services this week.

“Colewell” tells the story of how the closing of a tiny Pennsylvania community’s post office affects the community residents and marks a crossroads in the life of the postmaster, played by actress Karen Allen, best-known as the female lead in “Raiders of the Lost Ark” in 1981, but a steady presence in movies and television ever since.

“I don’t think he based the character on me at all,” said Kathleen Boyle-McGarry, the Alplaus postmaster from 2002 until the closing in early 2012.

There’s more about the closing of the Alplaus post office on Evan Kalish’s blog Postlandia here.