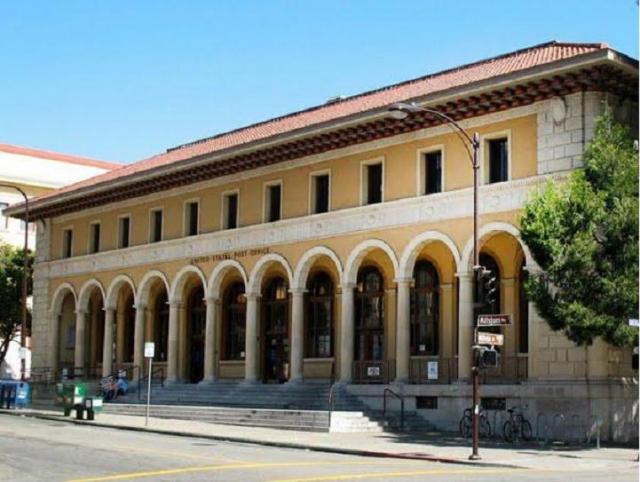 The City of Berkeley has won its lawsuit with the Postal Service over the rezoning of the downtown area where the historic post office is located.

The Postal Service filed this action in federal court back in August 2016.  The Postal Service complained that the zoning ordinance enacted by the City of Berkeley in September 2014 had interfered with its efforts to sell the downtown post office.

According to the Postal Service, the zoning overlay was enacted primarily to prevent the sale of the post office, rather than achieving the goal set forth in the ordinance, namely to preserve the historic character of the neighborhood.  One sale fell through as a result of the ordinance, claimed the Postal Service, and the zoning had also diminished the value of the post office for future sales.

The first claim involved the concept of “intergovernmental immunity,” i.e., the idea that a “state regulation is invalid only if it regulates the United States directly or discriminates against the Federal Government or those with whom it deals.”

The second claim was based on the concept of “conflict preemption,” i.e., the principle that “state laws are preempted when they conflict with federal law,” including when they stand “as an obstacle to the accomplishment and execution of the full purposes and objectives of Congress.”

The Court found that the Postal Service had failed to make its case on both claims.  In the Court’s view, “the record does not support any conclusion that the Overlay produced unconstitutional effects.”

While this victory for Berkeley will help protect its historic post office and the downtown neighborhood in which it’s located, the court’s decision has broader effects as precedent, which is why the Postal Service fought the case so hard and for so long.

The court’s verdict means that other municipalities may also adopt Berkeley’s zoning strategy to protect their historic post offices and downtown neighborhoods, which could interfere with the Postal Service’s plans to dispose of more post office buildings.

Read the Court’s decision here.  Some earlier news articles about the Berkeley post office and the court case can be found here.  There’s also more about the court’s decision on Courthouse News and Berkeleyside.