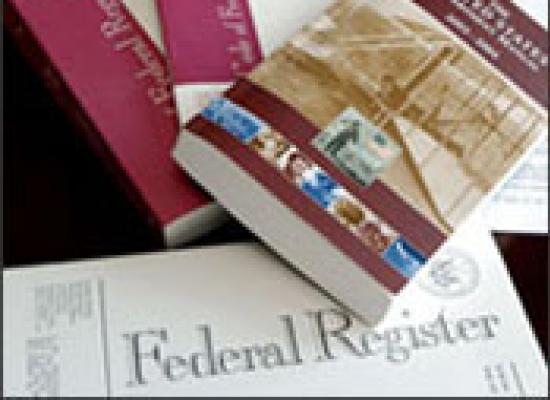 The Postal Service has just released its “Final rule” to amend 39 CFR Part 241 "to improve the administration of the Post Office closing and consolidation process."  This document is a revision of an earlier one entered into the Federal Register in March.  That version had been widely criticized, and this one responds to the criticisms.  It says the comments were heard and incorporated, and it suggests that many of the changes to the closure procedure will improve the transparency of the process and provide ample opportunity for communities to be heard when their post office is being studied for closure.

The Postal Service will publish this final rule in tomorrow’s Federal Register.  Here are some of the highlights.

Even if the Postal Service were, in the future, to develop a program to study the discontinuance of large numbers of retail facilities that had the potential to effect a nationwide or substantially nationwide change in service, the Postal Service would intend to seek an advisory opinion from the Commission under 39 U.S.C. 3661(b)-(c). Parties would have a full opportunity to raise their concerns and assess the impact of such a program on service levels and public confidence at that time. Unless and until such a program is developed and presented to the Commission, however, such concerns are speculative and premature. In the meantime, impact on service is necessarily taken into account in each discontinuance study.

Apparently the Postal Service is saying that whatever it looks like, with hundreds of post offices being closed, they don’t have a “program” to close them, so there’s no need for an Advisory Opinion.

2. Top-down on initiating a closure study. The Postal Service is sticking to its new plan to allow a Headquarters Vice President to initiate a feasibility study on closing a post office.  That means it can come from the top down, whereas before it was a District Manager who made that decision.  This proposed change had been criticized because HQ is further from the community and not in as good a position to make the decision.  This should make it easier for the Postal Service to orchestrate its closure program (or whatever it is).

3. Streamlining the closing process. The Postal Service seems to be sticking to its plan to shorten the discontinuance time frame.  A USPS OIG report about the new Discontinuance computer program (pdf here) indicated that the proposed procedural changes would cut 76 days from the process, but I’m not sure where.  It appears that the new procedures shorten the period between the posting of a final closure determination and the day the doors are locked.  In the past, there was a 30-day period during which an appeal could be filed, and then 60 more before the closure.  The new rule includes the 30-day appeal period within the 60 days, in effect cutting 30 days off the process.  (Someone please correct me if that’s wrong.)

4. Stations and branches get a break, maybe.  The Postal Service appears, at least in many ways, to be acceding to the argument made by the Postal Regulatory Commission and many others that a station and a branch are, for all intents and purposes, “post offices,” and it doesn’t make sense to use a different discontinuance process for them.  In the past, the closing process for an independent post office took nine months, whereas stations and branches took only four, and their communities did not have the right to appeal (although they sometimes did).  This distinction has been a bone of contention with the PRC, and it was the basis for a (losing) appeal by the city of Tuscaloosa.  The new procedures should help branches and stations threatened with closure.  However, a caveat: The Postal Service says, “certain procedures employed for the discontinuance of Post Offices are applied to the discontinuance of other types of retail facilities operated by Postal Service employees,” so it may be that not all the procedures will be the same (italics mine). The devil may be in the details on this point.

5. No decision on “consolidation” issue.  Lawyers for NAPUS and the League of Postmasters had expressed concern that the new procedures “erased” “consolidation” from 39 USC § 404(d) by regulation. I believe the concern here is that the Postal Service wants to change the meaning of “consolidation” in a way that will make it easier to close post offices—by turning an independent post office into a station or branch, or by converting a USPS-operated retail facility into a contractor-operated facility.  The Postal Service punted on this one, saying it “is currently in the process of consultation . . . about this aspect of the proposed rule. Therefore, the Postal Service is deferring the relevant changes for the time being.”

6. No decision on “postmaster” issue. The League and NAPUS had also argued that the Postal Service was asserting that it may, by regulatory fiat, remove “postmaster” as a defining characteristic of a “post office,” despite 39 USC § 1004(i)(3).  The issue here is that “a Post Office may not be operated or managed by anyone but a postmaster,” and the proposed changes undermined this. The Postal Service punted on this one too and said that it would defer relevant changes for the time being.

(The full document is here, thanks to Postal Reporter for pointing it out today, and if you can clarify or correct anything here, please hit the contact link above.)