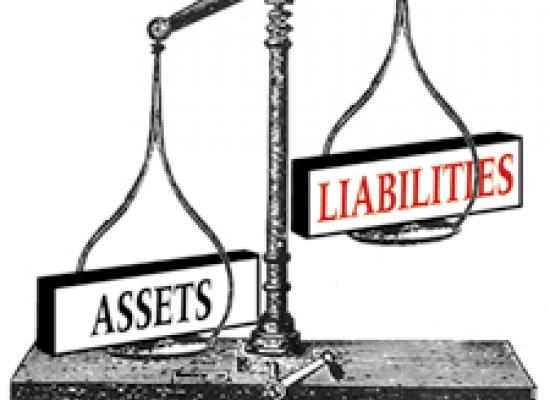 The OIG’s report provides a refreshing reminder that the Postal Service is actually in very good long-term financial condition and certainly not in the dismal shape that critics claim — or, for that matter, as maintained by the new Postmaster General, Megan Brennan, who said recently, "“Our current financial situation is untenable when you consider that we have 35 cents in assets for every dollar of liability."

The OIG shows that the estimates of the liabilities, which are done by the Office of Personnel Management, are based on highly uncertain assumptions that have inflated what the Postal Service owes.  In addition, Congressional mandates that the obligations be funded at 100 percent are unreasonable and unique to the Postal Service.  Plus, the Postal Service's assets are considerable — and significantly more than the PMG seems to believe.

The report may be intended to refute one of the points made in a recent GAO report that put the Postal Service on the GAO’s High Risk list.  In addition to the decline in First Class mail volumes and annual deficits, the GAO says the Postal Service is high risk because of $102 billion in unfunded liabilities — $87 billion in liabilities for retiree health benefits, pensions, and workers’ compensation liabilities, plus $15 billion in outstanding debt to the Treasury.

The OIG’s report shows that there’s much more to the liability story than the GAO acknowledges.  The OIG makes three basic points:

1. The current estimate for long-term pension and healthcare liabilities is about $404 billion.  The Postal Service has already set aside $335 — 83 percent of the liabilities.  The pension plans are nearly 100 percent funded, and the retiree healthcare liability is 50 percent funded.  All these funds are doing much better than comparable funds in other parts of the federal government.

2. The three funds are unfunded by about $86.6.  The Postal Service owns real estate assets with a fair market value close to $85 billion, which could be sold to cover the liabilties.  That's not likely to become necessary, but it shows how misleading it is to cite liabilities without mentioning assets.

3. The liabilities are calculated based on estimates that involve variables that can change in ways that would make the liabilities smaller.

For example, the low interest rates we’ve witnessed over the past few years significantly skew long-term assumptions.  If interest rates were to go up just 1.25 percent, the unfunded liabilities would be reduced by $72 billion and 85 percent of the liability would disappear.

If postal retirees were required to participate in Medicare, the retiree healthcare liability would drop from $98 billion to $55 billion, and the fund, which currently has $49 billion, would be fully funded as is.

The OIG summarizes these points in the following chart.

The chart shows the unfunded liability as of Sept. 30, 2014, at $86.6 billion.  All but $1.6 billion is covered if you consider the real estate assets.  An increase of 1.25 percent in interest rates would eliminate all but $14.3 billion of the liability, Medicare participation would leave $43.7 billion in liabilities, and using USPS demographics would leave $78.1 billion.

To put that another way, if you consider all of these assumptions together, the unfunded liability of $86.6 billion would be reduced by $123.7 billion and turn into a surplus of over $37 billion.  If you also include the real estate, the surplus would be over $120 billion.

As these posts explain, there’s even more reason to challenge assumptions about the liabilities than indicated by the new OIG report.

For example, the OIG’s estimate of Postal Service assets focuses only on the value of the real estate portfolio.  But the Postal Service also owns 211,000 vehicles, hundreds of expensive sorting machines, and all kinds of other equipment   Many of these assets have depreciated significantly, but according to the USPS 2014 Integrated Financial Plan, the equipment cost nearly $20 billion, and it is still worth several billion.

The Postal Service also possesses a vast amount of intellectual property — trademarks, patents, copyrights, and other proprietary information.  According to one OIG report, the ZIP code alone has an annual value of $10 billion to the Postal Service and other users in the public and private sectors.  Another recent OIG report focused just on the USPS brand and determined that it was worth $3.6 billion.

Those determined to dismantle the Postal Service ignore these basic facts and simply point to the liabilities as evidence that taxpayers are one day going to have to bail out the Postal Service.  Misinformed fear mongering like this is bad enough, but the real problem is the damage that’s already been done and that continues to be done in the name of balancing the books and reducing the liabilities.

As the OIG points out, because the Postal Service has been forced to fund its liabilities at 100 percent, it has had to borrow $15 billion from the Treasury — basically borrowing from the Treasury to pay back to the Treasury three payments of $5.6 billion into the retiree healthcare benefit fund.

Because the Postal Service has exhausted its borrowing capacity, there’s been no cash to work with.  It has thus been unable to invest in capital projects and research and development.  Post offices are left in disrepair, the trucks are out of date, fresh ideas for bringing in new revenue go undeveloped.

The OIG report also notes that mandating 100 percent prefunding of liabilities “risks unnecessarily damaging the Postal Service.”  The OIG doesn’t spell out what it means by “damage,” but there’s a good case to be made that if the Postal Service didn’t have to pay so much into the pension and healthcare funds, it would not find it necessary to do so much cost cutting — closing post offices and processing plants, selling historic buildings, reducing service standards, ending Saturday delivery, and all the rest.

Over the coming weeks and months, committees in both houses of Congress will probably hold more hearings about reforming the Postal Service.  The issue of unfunded liabilities will be brought up again and again, and there will be more talk of a taxpayer bailout.  Committee members will probably cite the GAO report putting the Postal Service on the High Risk list as evidence that more cost cutting is necessary.

When that happens, someone on the committee ought to take a cue from this new OIG report and say exactly what the OIG says in the title of its blog post about the report: “Be Careful What You Assume.”

Or in the words of Isaac Asimov: “Your assumptions are your windows on the world.  Scrub them off every once in a while, or the light won't come in.”