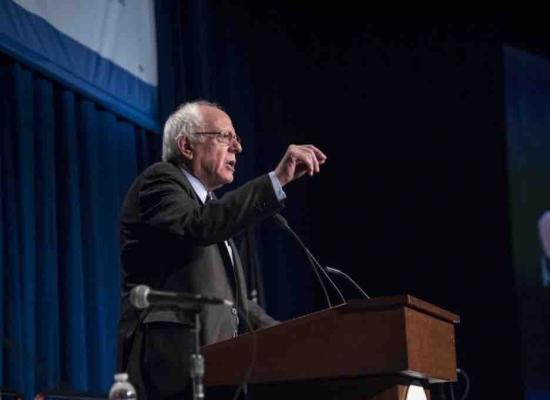 The Washington Post has a piece by LIsa Rein about why Bernie Sanders has made the post office one of his main campaign issues.  "In a race where many candidates for president are pressing flashy, headline-grabbing issues like immigration, the fight against terrorism, abortion rights and education, Bernie Sanders is offering a passionate defense of the prosaic.

"His message of economic populism and the ills of inequality includes a pledge to save the mail carrier’s door-to-door visit to every home, six days a week — a ritual in American life that’s increasingly viewed as quaint, outdated and unsustainable.

"Sanders’s crusade to save the struggling U.S. Postal Service from extinction, which long predates his campaign for the Democratic nomination, is a powerful emblem of what he says can work in government as he fights against big banks, for a higher minimum wage and for more taxes on wealthy households and corporations."  Read more.