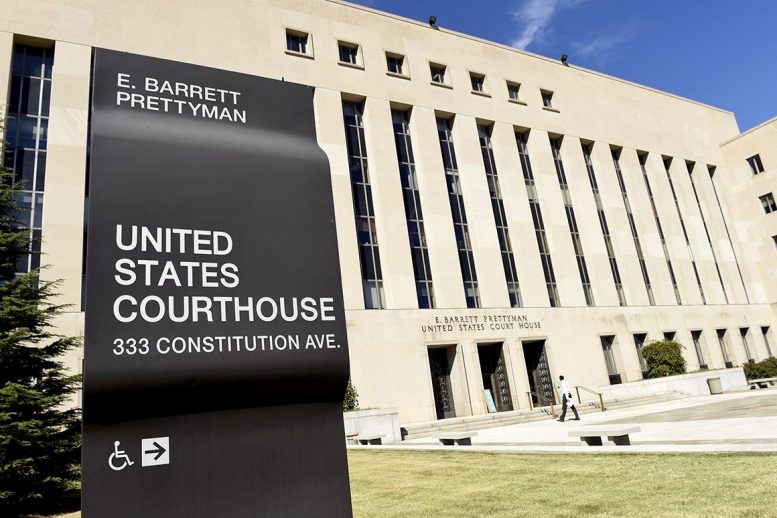 Earlier this week a group of mailers’ associations continued their effort to convince the DC Circuit Court to stop the Postal Service from increasing rates under the new authority it was recently granted by the Postal Regulatory Commission.

The Postmaster General has told the mailers that another rate increase, based on the new authority, is “imminent.” The exact size of the increase has not yet been revealed, but the Postal Service’s calculations indicate it could be as large as 5.56 percent. Market Dominant revenues in 2020 were about $42 billion, so a full increase could mean $2.3 billion in additional costs for mailers.

In December, the Mailers filed appeals on the PRC’s order approving the new system in the DC Circuit. On January 27, 2021, they proceeded to file a request for a stay seeking to prevent the order from being implemented while the court heard the appeal. On February 8, the Commission filed its brief opposing the request for a stay, and the Postal Service filed its own opposition as well. On Tuesday of this week (February 16), the Mailers filed their reply. (For more background about the case, see this previous post and this one too.)

The issues in the case are numerous and complex, but the crux of the matter appears to be something like this:

The current rate system was established in 2006 under the Postal Accountability and Enhancement Act. The key passage (39 U.S.C. §3622) says, “The Postal Regulatory Commission shall, within 18 months after the date of enactment of this section, by regulation establish (and may from time to time thereafter by regulation revise) a modern system for regulating rates and classes for market-dominant products.”

Section 3622(d)(1) goes on to say, “The system for regulating rates and classes for market-dominant products shall — (A) include an annual limitation on the percentage changes in rates to be set by the Postal Regulatory Commission that will be equal to the change in the Consumer Price Index.”

Section (d)(3) then says that ten years after the enactment of PAEA, the Commission will review the system and determine if it’s fulfilling the objective enumerated in the statute. If it’s not, the Commission shall “make such modification or adopt such alternative system for regulating rates and classes for market-dominant products as necessary to achieve the objectives.”

In other words, PAEA directed the Commission to create a modern rate system and said that the system needed to include the CPI rate cap. PAEA also said the Commission should review the system after ten years and possibly change it or adopt a new one.

The Mailers argue that section (d)(1) means that any new system developed by the Commission must continue to include the price cap. The Commission and the Postal Service argue that section (d)(1) means that the price cap had to be a component of the initial rate system in 2007, but it did not need to be a part of the alternative system developed ten years later.

The statute is arguably ambiguous on this issue, and the opposing briefs develop various reasons why one interpretation is better than the other.

In most cases of major legislation like PAEA, there’s a report by the Congressional committee responsible for crafting the legislation, and one could turn to it for help in determining legislative intent. During an earlier version of PAEA, back in 2004, there was such a Senate Committee Report, but no report about the final version has been published. The Senate staff probably wrote such a report, but for some reason it has never been released. If it were available now, it might address what Congress intended. And if if were formally approved by the Senate Committee on Governmental Affairs, the report could also become significant in the mailers’ appeal.

As it is, a lot of weight falls on remarks made to the Senate by Susan Collins, one of the architects of PAEA, on December 8, 2006, the day before PAEA would be passed by the Senate.

As recorded in the Congressional Record, Collins spoke generally about the legislation’s history, goals, and provisions, and she specifically addressed a compromise that had just been reached to rescue the bill. She explains that when Congress was working out the details of PAEA, the House and Senate disagreed about how to structure the new rate system. In the House version (H.R. 22), the price cap could be waived whenever the Commission determined it was “reasonable and equitable and necessary,” while the Senate version (S. 662) required a permanent price cap that could be exceeded only “due to unexpected and extraordinary circumstances.”

Collins described the compromise worked out by the sponsors of the bill: For the first ten years, there would be a price cap, and after that, the Commission “will review the rate cap and, if necessary, and following a notice and comment period, the Commission will be authorized to modify or adopt an alternative system.”

Collins went on to say that while she preferred the Senate version with a permanent cap, the compromise at least guaranteed ten years of rate stability, and it was entirely possible that after ten years, the Commission would decide to keep the price cap, or Congress might reimpose the cap after it expired.

The Commission argues, based on Senator Collins’ comments, that “the available legislative history thus confirms that Congress never required the price cap to be permanent.” The Postal Service similarly describes her comments as an “authoritative explanation” of the statute.

The Mailers, on the other hand, minimize the significance of Collins’ remarks. They argue that while the Commission and Postal Service “cite the same lone floor statement by Senator Collins, neither cites any cases allowing a single legislator’s comment to trump statutory language or even to resolve a statutory ambiguity.”

Any increase based on the new rate authority would not be implemented until summer, so the DC Circuit has some time to consider whether or not to issue a stay. In the meantime, we will soon learn just how much of the authority the Postal Service wants to use this year and how much it will bank for next year.

It’s interesting to note that Collins’ remarks to the Senate also touch briefly on the provision of PAEA that would become so problematic and controversial — the creation of a retiree health benefit fund (RHBF). She notes that PAEA will free up $78 billion in overpayments to the pension fund, and “these savings will be used to pay off debt to the U.S. Treasury, to fund health care liabilities, and to mitigate future rate increases.”

This is a reference to the fact that one of the reasons the RHBF was created in the first place was to find a way to deal with billions of dollars in pension overpayments and billions more that would accrue to the Postal Service by shifting responsibility for paying for the military retirement credits of postal employees to the federal government. Transferring the money from the Treasury to the Postal Service would have negatively impacted the federal budget, so the funds were moved to the RHBF, where they were still held by the Treasury. (For more about the origins of the RHBF, see this previous post from 2013 and this more recent article in Vice.com.)

Moving the money to a fund for retiree health care would have been fine, but Congress also decided that the Postal Service should continue making contributions to the fund. In an earlier version of what would become PAEA, the remaining liability would have been paid off over 40-plus years. (S. 622 says the liability would be amortized into annual installments to be paid off by 2045.) Unfortunately, that was later changed to ten years because the Bush administration wanted to ensure that the new law was budget neutral.

This resulted in the so-called prefunding mandate requiring the Postal Service to pay over $5 billion a year into the fund. That too was not an issue — until the Recession hit, revenues dropped, and the Postal Service found itself borrowing from the Treasury to pay back to the Treasury its annual RHBF payments. And when it had exhausted what it could borrow ($15 billion), the Postal Service just began defaulting on the payments, which led to the huge deficit we are constantly hearing about.

The manufactured crisis of this deficit has been used to cudgel the Postal Service for years. In the coming days, the Postmaster General will release his 10-year plan, and it will include all manner of cuts to service and delivery standards based on the need to reduce this deficit. He will also cite the deficit to justify the rate increase the Mailers are now fighting in court.

When he appears before the House Oversight Committee on February 24, the Postmaster General will have a lot to answer for concerning mail delays since he took office, but it’s Congress that created the crisis facing the Postal Service, and it’s up to Congress to fix the mess.

Members of Congress can call for the PMG’s resignation and berate him all they want, but if Congress can’t even get it together to pass legislation that removes the debt and deficit caused by the RHBF, it will be difficult to take the moral high ground and tell the Postal Service not to cut services, reduce delivery standards, or raise prices.