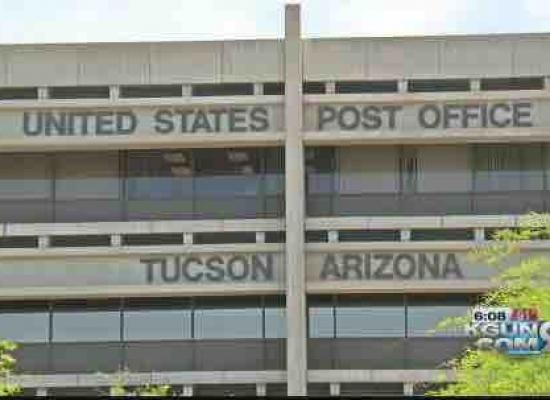 The American Postal Workers Union has taken the Postal Regulatory Commission to court over its decision to dismiss the union’s complaint that the Postal Service is failing to meet its service standards.

As explained on the USPS website, these service standards, as set forth under 39 C.F.R. § 121.1, state how long it will take the mail to be delivered, e.g., two days, three to five days, and so on.   Since 2012, the Postal Service has relaxed these standards two times as part of its Network Rationalization plan to consolidate processing plants — once in July 2012 (when some overnight mail was eliminated), and again in January 2015 (when the rest of overnight mail ended).

There is mounting evidence that the Postal Service is not meeting even these more relaxed standards, and the APWU has been trying to get the PRC to do something about it.  But each time the APWU has filed a complaint, the Commission has dismissed it.  Now the APWU is looking to the DC Circuit Court of Appeals for relief.

The APWU has been filing complaints about the Postal Service’s failure to meet its service standards for almost two years.  (The materials can be found in PRC Docket No. C2013-10.)

In December 2013, the APWU filed an amended complaint, and in February 2014, the Commission dismissed it as well.

In March 2014, the APWU filed a motion for reconsideration.  It took months for the Commission to act on the motion, but on May 27, 2015, it dismissed the complaint for a third time.

Two days later, the APWU filed a petition challenging the PRC’s order with the U.S. Court of Appeals, District of Columbia Circuit.  Last week, the APWU followed up with a short “Statement of Issues to Be Raised” that previews the arguments it will make in the case.

These arguments echo points made by Commissioner Ruth Goldway, the former chair of the PRC, in her dissenting opinion on the Commission’s order dismissing the complaint.  Goldway believed that the Commission should have heard the complaint, and the union will probably be quoting her opinion as it proceeds with its appeal.

Falling below the targets

The fact that the Postal Service is failing to meet its own standards is not really a matter of debate, although at the time when the APWU filed its motion for reconsideration (March 2014), the evidence was less conclusive than it has become.

In December 2013, the APWU conducted a test in which it sent 40 letters from its Washington, DC, office to various APWU members across the country.  The union says that 25 percent of the letters were not delivered according to the applicable 2-day or 3-day service standards for First-Class Mail.  The union also provided reports from various local unions claiming that the standards were not being met.

The data presented by the union illustrated delivery times in late 2013.  During this period, the service standards in effect had been established in July 2012, and phase one of Network Rationalization was underway. Things seem to have only gotten worse.

In January 2015, the Postal Service relaxed the service standards further so that it could proceed with phase two of the plant consolidations.  Since that time, the mail has slowed down much more than promised.

Every quarter, the Postal Service issues service performance reports showing how it is meeting its targets with respect to service standards.  For example, for much of single-piece First Class mail, the service standard is two days.  The current target is to meet this standard 96.8 percent of the time.  The Postal Service uses the External First-Class Mail Measurement System (EXFC) system for determining exactly what percent of the mail is reaching this target.

In April 2015, the Postal Service issued the service performance reports for the second quarter of FY 2015 (January through March).  As discussed in this post, the Postal Service was falling well below its targets.  For example, for single-piece First Class mail, the target for 3-5 day mail was 95.3 percent.  The actual performance was 63.1 percent.

In her dissenting opinion on the order dismissing the complaint, Commissioner Goldway pointed to the “precipitous decline in many aspects of service quality in the first two quarters of FY 2015.”  She also cited a news article reporting on these performance reports.

The Postal Service has claimed that bad weather caused the delays, but it has also acknowledged that the consolidations are also partly to blame.  A note with the service performance report states the following:

“The mail processing operational window change that was made as part of the Network Rationalization plan was one of the most significant operational changes since automation implementation. These changes impacted the schedules for nearly all processing and transportation activities nationwide.”

This information on the FY 2015 service performance will presumably make its way into the APWU’s appeal to the district court.  If the next set of reports, which will be released in July, continues to show problems, the Postal Service will have a more difficult time blaming the weather.

The first question in the APWU’s “Statement of Issues to Be Raised” in the appeal involves the legal status of the service standards: Are the standards unenforceable “expectations,” or are they legally enforceable requirements subject to the Commission’s complaint process?

In its Order, the Commission expressed the view that service standards are merely expectations, which are not guaranteed, and they cannot be “violated” in a legal sense.  As the Commission states in its order:

“The service standards themselves provide no guarantee of actual service. They provide a description of the expected number of days that it takes for various mail products to be delivered, essentially relative to the distance that the mail product has to travel to reach its destination.”

The Commission noted that the existence of performance targets of less than 100 percent shows that the service standards won’t always be met and can only be considered expectations.  The APWU will argue that they are much more than that.

The APWU will also contest two other elements of the Commission’s decision to dismiss the complaint.  Both involve the fact that the Commission had already addressed the service standard issue in its Annual Compliance Determination report.

One of the reasons the Commission dismissed the APWU complaint is that it would not be “a necessary or efficient use of resources” to deal with the matter through the complaint process since the Commission’s Compliance report had already found that the Postal Service was not meeting its targets.

The APWU’s appeal will explore the question of whether the Commission can refuse to process service complaints on the ground that they allege violations consistent with the Commission’s own findings.  The union will argue that a determination of non-compliance in the compliance review does not preclude a formal complaint about the same issue.

Commissioner Goldway takes the same position in her dissenting opinion, and she points to a previous docket where the issue came up.  When the Commission promulgated the Rules for Complaints, the Newspaper Association of America (NAA) expressed concerns “that a Commission finding of compliance or noncompliance in an annual compliance determination could moot a pending complaint on the same issue.”

As Goldway points out, the Commission agreed with NAA in the broad sense that it “would not give full effect to the statutory scheme if complaints could be rendered moot by the issuance of an annual compliance determination.”

The third question raised by the APWU is whether the Commission can “foreclose a remedy for service complaints” on the ground that the Compliance Determination urged the Postal Service “to improve service in hortatory language that (according to the Commission) cannot be enforced”?

Commissioner Goldway addresses this in her dissenting opinion as well:

“The existence of ongoing hortatory language in the Commission’s Annual Compliance Determination (ACD), urging the Postal Service to raise service quality, should not serve to foreclose complaints about service. The fact that the Commission has repeatedly recognized service quality problems in the ACD should not be used as a bar to legitimate complaints. The Commission has recognized and responded to similar concerns in the preamble to its rulemaking on the Complaint process.”

In concluding, Goldway states that “the statutory language makes it clear that the ACD and the section 3662 Complaint mechanism, both major aspects of the PAEA, are important, intertwined, and designed to work together in concert.”  Hence, she concludes that the Commission should not have dismissed the APWU’s complaint.

Goldway may have been just one vote on the Commission, but her view of the case may yet prevail, and the APWU’s complaint may eventually be heard.  With the phase-two consolidations on hold for now, the outcome could be pivotal.