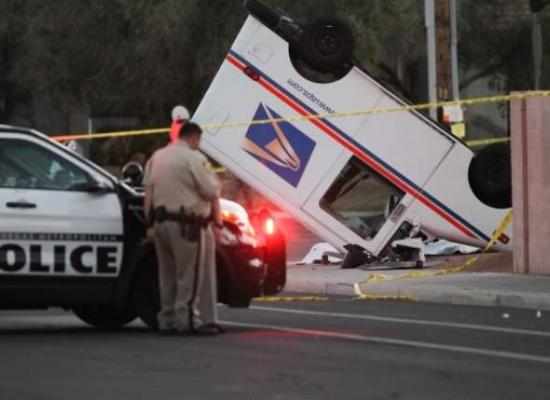 Last week the Postal Service shared some information with the Postal Regulatory Commission about accidents and safety issues.  As one might expect, the increased use of all those recently hired postal workers — 117,000 in 2015 — is leading to more injuries and accidents.

As part of its annual compliance determination review, the PRC is required to examine what the Postal Service has done to ensure a safe work place.  The Commission has therefore been asking for various kinds of information about illnesses, injuries, and accidents.

The Annual Report explained that the failure to meet the target “reflects major changes to the business and a significant increase in new employees who are more at risk for injury.”

The Commission asked for more details, and last week the Postal Service provided an explanation of what these major changes were (see USPS response to CHIR No 17).  They include expanding into Sunday delivery, adding new delivery types (like groceries for Amazon Fresh), and hiring 40,000 new City Carrier Assistants to do these deliveries.

Another change has involved how carrier routes are designed.  With normal delivery, letter carriers are assigned to a specific route, and over the years they become familiar with it and learn its hazards.

But for package delivery, grocery delivery, and Sunday delivery, the Postal Service uses what it calls “dynamic delivery.”  This means that delivery routes vary day to day, based on what packages are being delivered and where.  Less experienced drivers end up on unfamiliar, ever-changing routes, and the accident rate goes up.

The Postal Service notes that as of September 30, 2015, it employed 143,066 employees with less than two years of on-the-job experience. That’s about 24 percent of the workforce.  Approximately 66 percent of these new employees were hired to do delivery, and they were involved in nearly 44 percent of the motor vehicle accidents.

Here’s a table that the Postal Service gave the PRC showing the accident numbers by type and year.  (We’ve added a column showing the change from 2014 to 2015.)

(There’s more about vehicle accidents in this previous post on “Trucks on fire: USPS Long Life Vehicles outlive their lifespan.”)

In order to address the increase in motor vehicle accidents, the Postal Service is doing a number of things.  It is redesigning Safe Driver Training, it has released a strategic training initiative for supervisors on how to conduct quality driver observations, it has designated December as Motor Vehicle Safety Month, and it will provide safety programs that focus on distracted driving, seatbelt usage, and winter weather driving.  The Postal Service has also developed a counseling program to provide quarterly discussions for employees with less than two years of service, observed unsafe work practices, or previous accident history.

The Commission did not ask about it, but these accidents obviously cost the Postal Service a lot of money.  That 2012 OIG report cites NHTSA data showing that in general (not for the USPS) “the average crash costs an employer $16,500.  An employee who has an on-the-job crash resulting in an injury costs their employer $74,000.  When a fatality is involved, costs can exceed $500,000.”

The OIG does not report any USPS-specific data on the costs of postal vehicle accidents, but at an average cost per crash of $16,500, those 27,000 vehicle accidents in 2015 would have cost $445 million.

The Postal Service is making millions of dollars delivering groceries and on Sundays for Amazon, but the profits are coming at a cost — not only to the Postal Service but also to the postal employees involved in accidents and to the regular people who also experience injuries.  One wonders how these costs figure into the bottom line on the Postal Service’s deal with Amazon.