The Postal Service is going to stop delivering mail on Saturdays. The change will take place in August.  The Postal Service will continue to deliver parcels and to PO boxes on Saturdays, but that's about it.  The Postmaster General says the move is expected to save $2 billion a year once the plan is fully implemented.     What about … END_OF_DOCUMENT_TOKEN_TO_BE_REPLACED 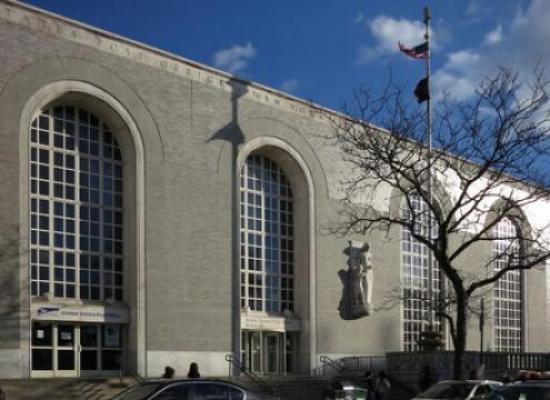 Earlier this week the Postal Service announced that it planned to sell the historic post office on the Grand Concourse in the Bronx, New York.  There's an excellent article about the post office by David W. Dunlap in Friday's New York Times. The Bronx General Post Office is the largest of twenty-nine Depression-era post offices in New York City.  Built in … END_OF_DOCUMENT_TOKEN_TO_BE_REPLACED