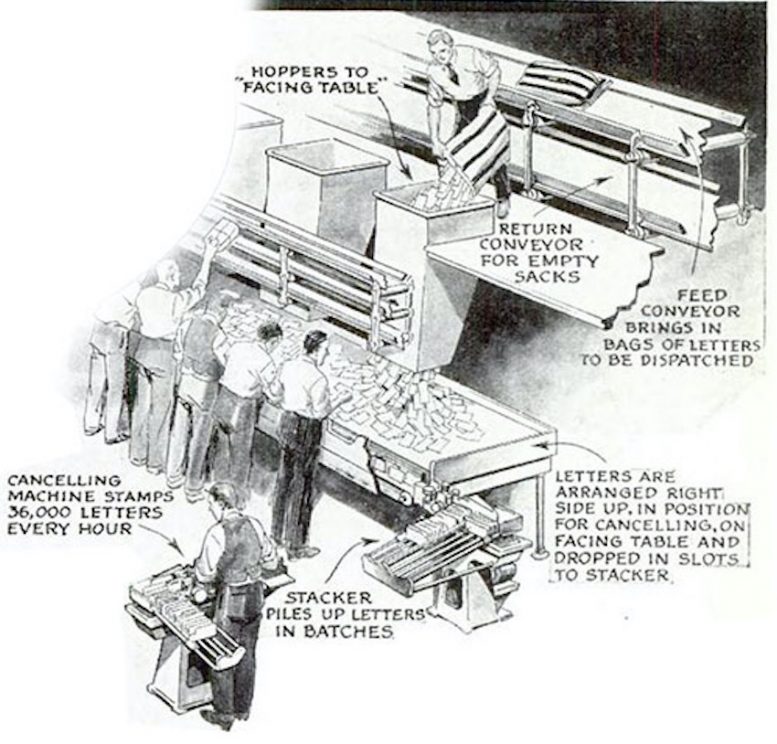 Chicago Tribune: With Walgreens signing on to rent 200,000 square fee in the old main post office, the massive building that straddles Congress Parkway appears poised to get a new life.

The U.S. Postal Service moved across the street in 1996 and the 13-floor limestone art deco behemoth has been empty ever since.

In its heyday the old post office was a marvel, billed as the largest post office in the world, capable of shuttling 19 million letters a day.

How did it work, you ask? Popular Science magazine answered just that question in its August 1931 issue.  Read more.