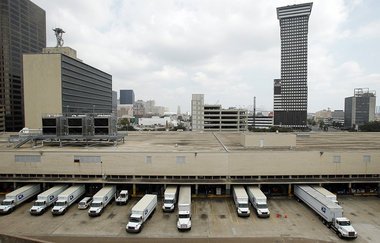 Last week the Congressional Budget Office (CBO) provided an estimate for how much it would cost the Postal Service to return to the service standards that were in effect on July 1, 2012.

Going back to these standards for delivery times is one of the provisions in an amendment attached to the FY 2016 appropriations bill drafted by the House Appropriations Committee.  Senator Tom Carper asked the CBO to prepare an estimate for how much it would cost to comply with the amendment.

According to the CBO’s letter to Senator Carper, “Based on preliminary information from the Postal Service, we expect that it would cost well over $1 billion in 2016 for USPS to attempt to fully comply with the amendment.”

The CBO says that going back to the earlier standards would probably not even be possible because the Postal Service doesn’t have that kind of money.  The most it could spend to improve delivery times next year is about $300 million.

According to the CBO, in order to return to the earlier service standards, the Postal Service would need to add work hours, reopen facilities that have been closed or sold, and replace equipment it no longer owns.

The CBO offers to provide Senator Carper with further details on the $1 billion price tag, but the letter itself does not explain how the number was arrived at.

If you look at what’s happened over the past few months, the $1 billion doesn’t seem credible, and one wonders if the CBO has misunderstood what the amendment is all about.

Going back to the interim standards

Since 2012, service standards have been changed twice.  The first change went into effect on July 1, 2012. These standards, which were called the “interim” service standards because they were stage one of a two-stage plan, eliminated overnight delivery for about 20 percent of First Class mail.  The interim standards made the first phase of the plant consolidations possible.  About 150 plants were closed in 2012 and 2013, and thousands of jobs were eliminated.

The second change implemented the final version of the new service standards.  It went into effect on January. 5, 2015.  All overnight delivery came to an end, operations were modified in every plant across the country, and the way was paved to close the 82 plants on the phase-two list.  For various reasons, however, most of these 82 closings have been postponed until 2016.

The proposed amendment in the appropriations bill would return the Postal Service to the interim service standards that were effect from July 1, 2012 through January 4, 2015.  In other words, it would restore overnight delivery for local First Class mail and eliminate the extra day that’s been added to the rest of the mail.

The language in the proposed appropriations bill is very clear about this.  At one point, the bills states, “”Language is included [that] requires the Postal Service to maintain and comply with service standards for First Class Mail and periodicals effective on July 1, 2012.”

At another point, the bill reads, “The amendment requires the Postal Service to restore the service standards that were in place before it degraded mail delivery standards by virtually eliminating overnight delivery of First-Class mail on January 5th of this year.”

So why would it cost the Postal Service $1 billion next year to return to the service standards that were in effect at the beginning of 2015?

Here’s what the CBO says:

In July of 2012 the Postal Service changed its delivery service standards and began one of the most comprehensive operational transformations in the agency’s history. Since then USPS has closed about 150 mail processing facilities, about one third of the 460 such facilities that it operated in 2012. The Postal Service has significantly reconfigured its mail delivery network, including modifying employee schedules and redesigning transportation systems. To attempt to comply with the amendment USPS would need to at least partly reverse those changes by adding work hours, reopening facilities that have been closed or sold, and replacing equipment it no longer owns.

That explanation is seriously problematic.  It suggests that most of the 150 phase-one consolidations that happened after the interim standards were implemented would need to be undone and a significant increase in work hours would be necessary.  But the amendment would only require undoing what has happened since January 5, 2015.

The letter doesn’t begin to explain how reversing these recent changes would add up to $1 billion, and there’s little reason to think it would cost anything like that.  It might just cost a few million dollars.

The CBO says that it would be necessary to reopen facilities that have been closed or sold.  But how many plants are we talking about?

Not much has happened so far with the phase-two consolidations.  According to the most recent update on the status of the consolidations, only about 14 of the 82 plants on the phase-two list have been closed completely (most of them in April 2015).  The Postal Service still owns nearly all of the plants on the list (a couple may have been sold or listed for sale, and a few are leased properties), and almost all of them are still open and operating.

At about twenty of these facilities, some of the operations have been moved to other plants, so they’re not running the way they were last year.  But it probably wouldn’t be difficult to return all of these plants to the capacity they had before Jan. 5, 2015.  The remaining 50 or so plants are still processing the same mail they did at the beginning of the year, so the only changes that would need to be reversed involve internal operations (e.g., what work is done during each tour).  Those same changes would also need to be undone at all the other processing plants.

The CBO says it would be necessary to replace equipment that has been sold, but how much equipment in the phase-two plants could the Postal Service have sold over the past few months?  Most likely, much of it remains just where it was before Jan. 5, 2015.

The CBO says that it would be necessary to add work hours, but it doesn’t seem likely that many more hours would be required.  It’s not as if thousands and thousands of work hours have been eliminated as a result of relaxing the service standards in January.  As a matter of fact, work hours for mail processing have actually been increasing.

The financial report for the second quarter of FY 2016 notes that work hours were up 1.4% over the same period last year due to an increase in customer service and the more labor intensive activity of handling and delivering packages associated with the increase in shipping and packages volume.

In other words, the size of the workforce doing mail processing, as well as the total number of work hours, hasn’t changed much since the service standards were changed earlier this year.

Overall, then, it seems that the Postal Service would not have all that much difficulty rolling back the changes in service standards to what they were a few months ago.  The workforce is still there, the plants are still there, and the equipment is still there.  There’s no reason to think that reversing the changes would take a significant increase in labor costs, and it might not be necessary to reopen many of the 14 plants that have closed.

It would seem, then, that the CBO’s figure of $1 billion grossly overestimates the cost for returning to the interim service standards in effect last year.  What is the explanation for this?

To do that would indeed require reopening some of the 150 plants that closed in 2012 and 2013, hiring workers to replace those who left the Postal Service as a result of the phase-one consolidations, and buying back equipment that’s been sold.  The Postal Service says phase one of the consolidations was supposed to save about $865 million in costs, so it would make sense that it could cost $1 billion to undo these changes.

Another explanation for the $1 billion estimate is that the CBO is thinking about how much money the Postal Service won’t be saving as a result of the consolidations if they don’t happen in 2016.  The Postal Service says phase two of the plan will save $750 million when it’s fully implemented and the remaining plants are closed.  It’s possible that the cost of undoing the changes made so far this year, combined with the cost savings that won’t be realized, would add up to $1 billion.

But if this is how the CBO came up with the $1 billion figure, the letter to Senator Carper is very misleading.  It doesn’t say anything about unrealized savings if the remaining plants aren’t closed in 2016.  The letter is clearly about how much it would cost to undo what’s been done — to reopen plants, hire more workers, and buy back equipment — and how much of its profits the Postal Service could afford to spend on improving service for delivery.

Besides, Senator Carper wouldn’t have needed to ask the CBO to tell him how much the Postal Service won’t be saving if the consolidations don’t continue.  The Postal Service’s estimate of $750 million has been widely reported, and it doesn’t require an analysis from the CBO to figure out that this money won’t be saved if the consolidations remain on hold.

There may be other explanations for the CBO’s $1 billion price tag, but until the CBO shares more details about the analysis with the public, there are plenty of reasons to view the estimate with considerable skepticism.

Update, July 21, 2015: The Coalition for a 21st Century Postal Service, which represents many of the stakeholders in the mailing industry, has written a letter to two senators arguing against the House amendment.  Like the CBO, C21 apparently believes that the amendment would force the Postal Service to undo most of the phase-one consolidations.  According to C21, “In order to restore July 1, 2012 service, the Postal Service would have no choice but to reopen a large number of facilities it has closed and/or sold in the past three years, reverse reconfigured transportation routes, and rehire, or extend the hours of existing, employees.”